Trouble Has A New Name
by Adite Banerjie 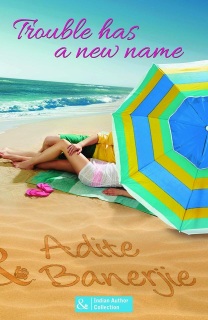 “Will you pretend to be my fiancé for the next few days?”
Recently-single model Rayna Dutt does not feel like flying to her friend’s big fat Indian wedding. But she does – and when a mix up with room allocations forces her to share a luxury villa on Emerald Isle with the gorgeous owner of the hotel – Neel Arora – and best man at the wedding, things begin to look up.
Until Rayna’s ex turns up with a new girl on his arm!
Hitting the panic button, Rayna searches for a solution. Surely Neel wouldn’t mind being her fake fiancé…? In an instant the attraction they share is fever pitch, but when scandal comes calling, Rayna soon finds herself in more trouble than she can handle!
Buy @
Amazon.com | Amazon.in | FlipKart | B & N | Kobo | Google Play
Watch It
Meet the Author 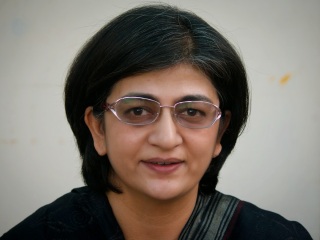 The Author’s Thoughts
Adite Banerjie has been writing professionally ever since she graduated from college. After an exciting and fulfilling career as a business journalist, she turned to freelance writing, crunched numbers and wrote reports about consumer behavior and social development issues. Somewhere along the way she got on to the screenwriting bandwagon and wrote scripts for documentaries and spec screenplays for feature films. She was hired by a filmmaker to write a feature script based on a true story. When she penned her first romantic short story she won the 2012 Harlequin Passions Aspiring Authors Contest. Two of her books, The Indian Tycoon’s Marriage Deal and Trouble Has a New Name have been published by Harlequin India. And she is currently under contract to write two more for the same publisher. She lives in Greater Noida, on the outskirts of New Delhi, India, with her writer husband. She loves to connect with readers and writers.
You can stalk her @

By the Same Author 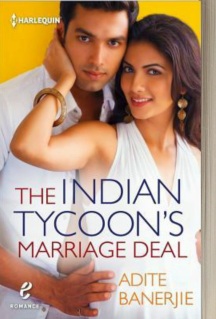 This Tour is Hosted by

2 thoughts on “Spotlight: Trouble has a New Name by Adite Banerjie”